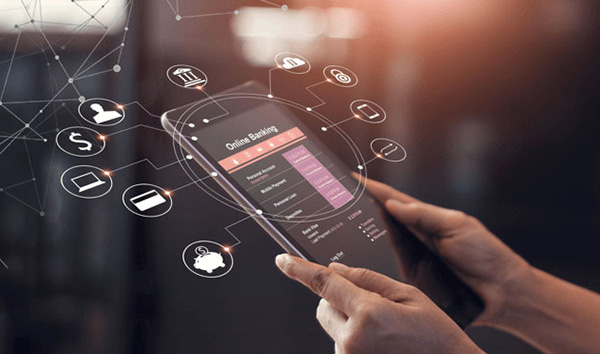 India’s digitally-powered convenience economy is rapidly becoming the new normal whether it is e-commerce, transport or food. It is against this backdrop that the country’s banking and financial services industry is also leapfrogging into a new digital era.

Between the two, they’ve ensured banking and financial services are among the earliest adopters of digital strategies. Still, the country’s BFSI digital revolution has only just begun and several aspects are yet to be digitized. The future that the BFSI industry is likely headed toward holds in store the rise of the digital-only bank. It also begs the question – will the bank account remain the cornerstone of all transactions in the future too?

India has over a billion mobile phone connections, nearly as many connections as the population of the country. Of those, the smartphone user base is expected to grow to 520 million users by 2020, predicts a report on digital payments by research firm BCG and Google, according to an Economic Times article. The case for building digital-only solutions is strong, therefore, but it is imperative to examine how mobile banking has worked out so far, what a customer’s future expectations are likely to be, and the challenges of digital banking.

Smartphone owners have their mobile phone either on their person or no further away than 6 feet at most at all times. This, along with the rise of the likes of Google Wallet and Paytm, has pitted traditional banks against the might of technology giants including Google, Apple and Amazon. For now, traditional banks still have the upper hand because all transactions are, at the crux, tied to a bank account.

Whether that will continue to be the case remains to be seen. Banks have invested heavily in mobile banking to both retain existing customers and capture new ones. They initially used mobile banking to let customers check balances, transactions and statements etc, but the kind of services they offer has since evolved. Today, customers can transfer money within and outside the bank, pay bills, recharge their phones, add payees, use mobile wallets and perform several other tasks on their devices. Even so, finance ranks a low 15 out of the average 18 apps that every user downloads on their phone.

If that metric were to improve, the banking and finance industry has to stay abreast of customer expectations in future too and work backward to integrate it into its current digital strategy. That future could involve several additional areas of BFSI being digitized – from personal finance management and card activations to cardless ATM transactions and social media integration.

But there are challenges. For starters, not all mobile banking users download a bank’s app and that skews the data on app versus website usage. The perception of mobile usage also differs globally based on region and age. For Gen X, mobile banking is just an extension of the traditional bank while Gen Y takes a relatively more mobile-first approach. But Gen Z, waiting in the wings, will be the truly mobile-only generation and will take connectivity and online presence for granted. It is for this generation that a digital-only bank probably makes the most sense. Of course, experiments on that front have already begun with Singapore-based DBS’ Digibank, which was launched in 2016. For Gen Z, digital banking cannot merely be an additional feature but a fully-integrated mobile experience in which customers use their smartphones to do everything from opening a new account and making payments to resolving credit card billing disputes.

Traditional banks could lose up to one-third of their market share to digitally-oriented competitors or non-banking competitors by 2020, according to a study by Accenture. Still, jumping headlong into creating digital solutions isn’t the answer. Banks have to consider internal complexities, including the risk of cannibalizing existing business and prepare to transform their culture into one that is more agile, creative and flexible.

In order to build successful digital banking businesses, they have to focus on a few key areas. Well over half of the revenue pool in India comes from current and savings accounts (CASA) and digital strategies should be aligned accordingly. Customer experience must be constantly refined using research and deep real-time understanding of behavior and pain points. New technology and its architecture must be fused with an individual bank’s design, brand, and its business model.

Collaboration and partnerships between banks and startups is the new norm and must continue for the ecosystem to grow and evolve. Banks could consider building a two-speed IT operating model to implement the test-and-learn approach and shorter release cycles – one is the traditional slower but more secure and stable legacy back end, and the second is a rapid, flexible, customer-centric front end. Finally, taking a cue from the pages of the convenience economy startups, banks in the digital era should place due emphasis on marketing their products and services more creatively.

Most of the transformation (in banks) is happening keeping the customer experience in mind,” says Kishan Sundar, in this interview.

A culture of accurate data leads to precise decisions

No matter we realize it or not, our lives run on data. Every time that we buy, we pick entertainment options and vacation spots, we make friends on social media, we recommend products and services, we find dating partners, we apply for jobs, or we locate houses to move in to, we are deciding. And […]

Why Microservices is the need of the hour ?

Microservices have been the talk of the town for quite good reasons. Almost every big organizations like Google, Amazon, Netflix has adopted this architecture style. But the question arises what makes microservices the need of an hour? Let’s go back to the traditional way when organizations used the monoliths approach and try to recall a […]

Piloting Shift-Left from QA to QE